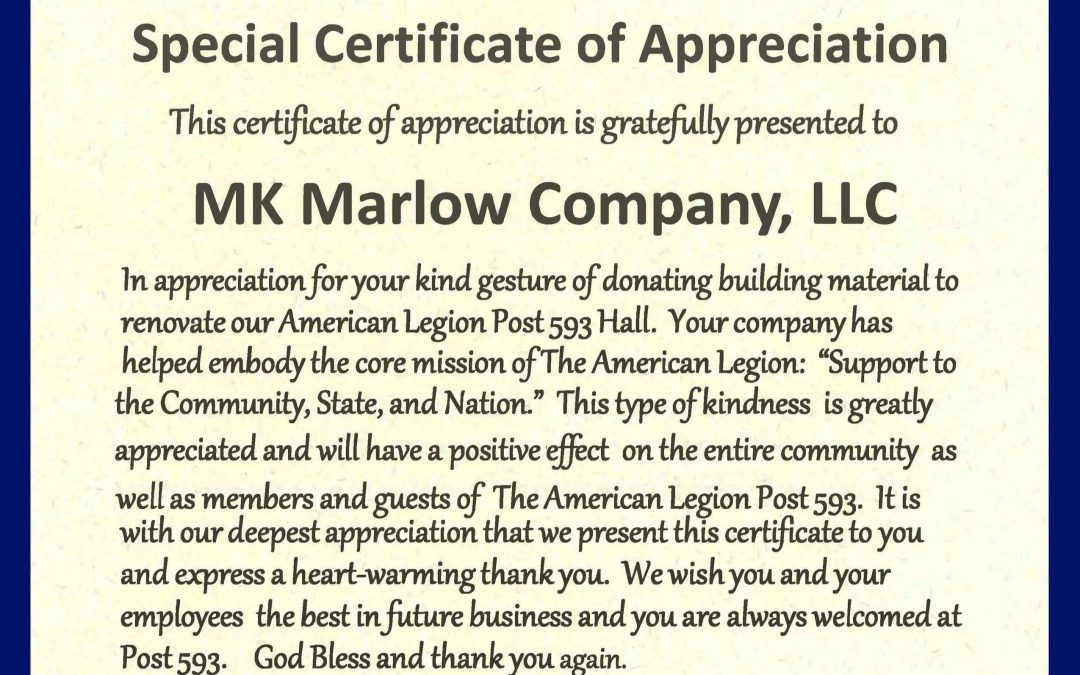 Last week, MK Marlow was awarded the Special Certificate of Appreciation from The American Legion William M. Randolph Post 593 in Converse, Texas. Marlow generously donated a number of building materials to help complete the renovation of the Post.

In the certificate signed by Paul Goymerac, Post Commander, MK Marlow was thanked for its donation and embodiment of the core mission of the American Legion, “Support to the Community, State, and Nation.”

“We are happy to support Post 593 and their efforts to improve their building,” stated Todd Thomas, President, MK Marlow Company. “By helping one another we make our entire community stronger. Post 593 sets an example with their community programs including scouts, bowling, football parties, and visits to the local VA hospital and nursing homes.”

The American Legion was chartered by Congress in 1919 as a patriotic veterans organization. Focusing on service to veterans, service members and communities, the Legion evolved from a group of war-weary veterans of World War I into one of the most influential nonprofit groups in the United States.