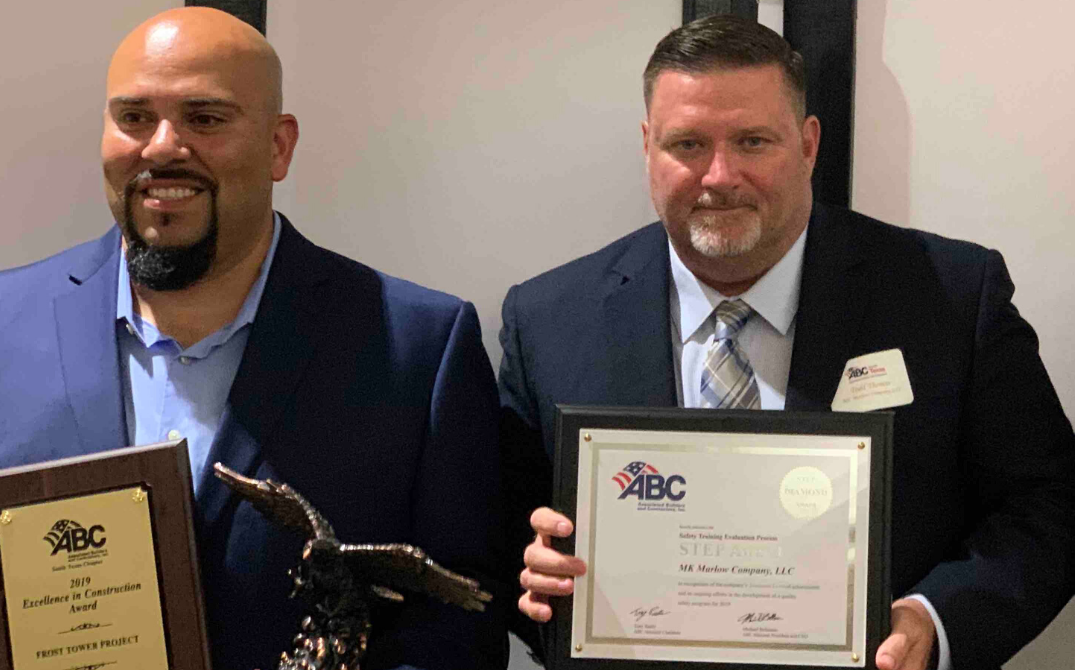 MK Marlow brings home another Excellence in Construction Eagle Award. This time for the work on the Frost Tower San Antonio project.

The new $142 million dollar Frost Tower is the first skyscraper to be built in San Antonio in nearly three decades. Designed by renowned architecture firm Pelli Clarke Pelli, this magnificent structure will serve as the new corporate, regional headquarters for Frost Bank.

“This transformative high-rise structure brings an exciting addition to our city’s skyline that has not been seen in decades,” said Mark Marlow, CEO, MK Marlow. “With restaurants and shops on the ground floor, a breath of new life is added into our urban development.”

As a specialty contractor on the project, MK Marlow performed the metal stud interior and exterior framing, insulation, sheetrock, and specialty ceilings. An enormous amount of coordination was needed so as not to disrupt the local citizens commuting in downtown and around the project. At one point, MK Marlow had crews working on 23 floors simultaneously.

“We are thrilled to have won an award for our work on this project,” said Todd Thomas, President, MK Marlow. “The project team worked over 82,000 hours with precise communication and teamwork.”