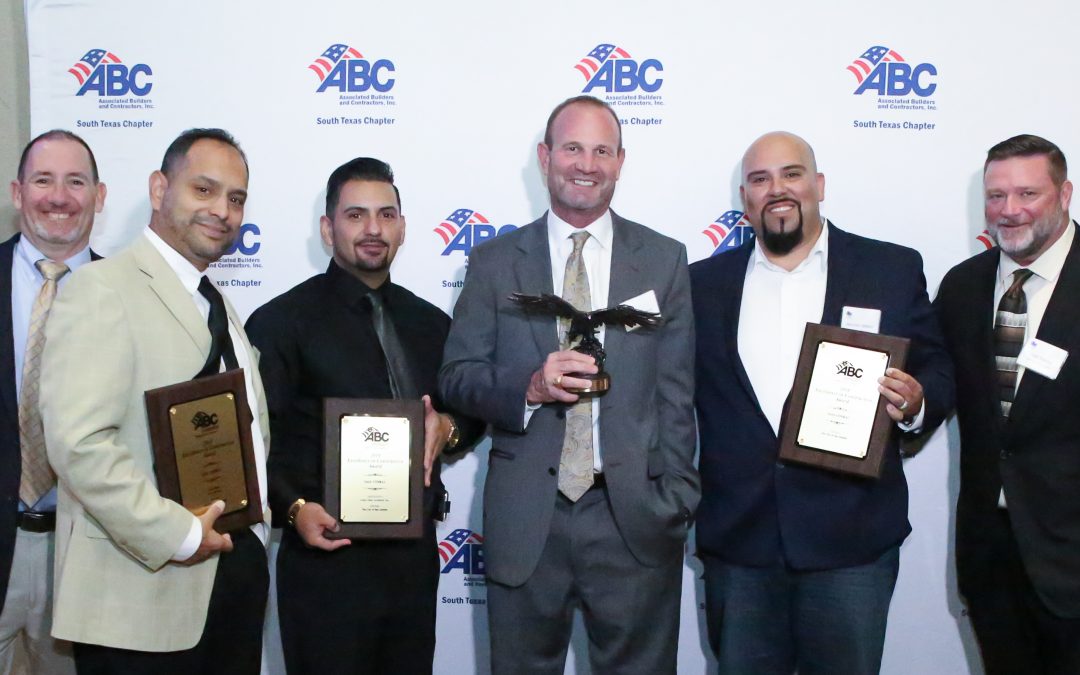 Earlier this month MK Marlow was presented with an Excellence in Construction Eagle Award for its work on the City of San Antonio’s Consolidated Rental Car Facility project.

The new $178 million Consolidated Rental Car facility (CONRAC) is the flagship project of the City of San Antonio Aviation and serves as a convenient, one-stop central parking and rental car service portal for travelers at the San Antonio International Airport.

“We were excited to be part of a project with such a positive impact on our local community. Improving the travel experience in and out of the San Antonio International Airport is a big win for our city,” said Mark Marlow, CEO, MK Marlow.

As a specialty contractor on the project, MK Marlow performed the metal stud interior and exterior framing, insulation, sheetrock, specialty ceilings and metal column covers. The team was also instrumental in the installation of the fabric wall panels for the City of San Antonio’s public art project, “iAdelante San Antonio!”

The installation included the interior murals that commemorate San Antonio’s Tricentennial, as well as the city’s contributions to aviation history. These murals were the first major public art unveiling of San Antonio’s Tricentennial, celebrated during 2018. The mural designs were printed on architectural grade fabric panels that integrate onto the drywall walls and soffits inside the Customer Service Bay.

“We are honored to have won an award for our work on this high-profile project,” said Todd Thomas, President, MK Marlow. “The project team worked over 36,000 hours and completed the project without incident.”